MADE IN THE TEAM
OF VAN LENNEP

Festival Cinéma Arabe is thé platform for Arabic film in the Netherlands. The film festival contributes to a more balanced view of the Arab world and the Arab diaspora.

The flag is a universal symbol that can be interpreted in multiple ways. A symbol of revolution. A peace offering. But in this case, most of all a flag to celebrate — to counterbalance the rather charged subjects and to highlight the festival’s positive spirit. 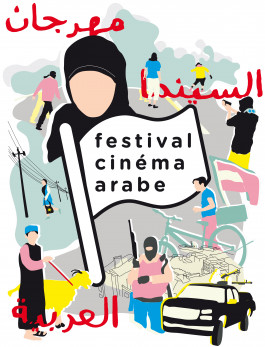